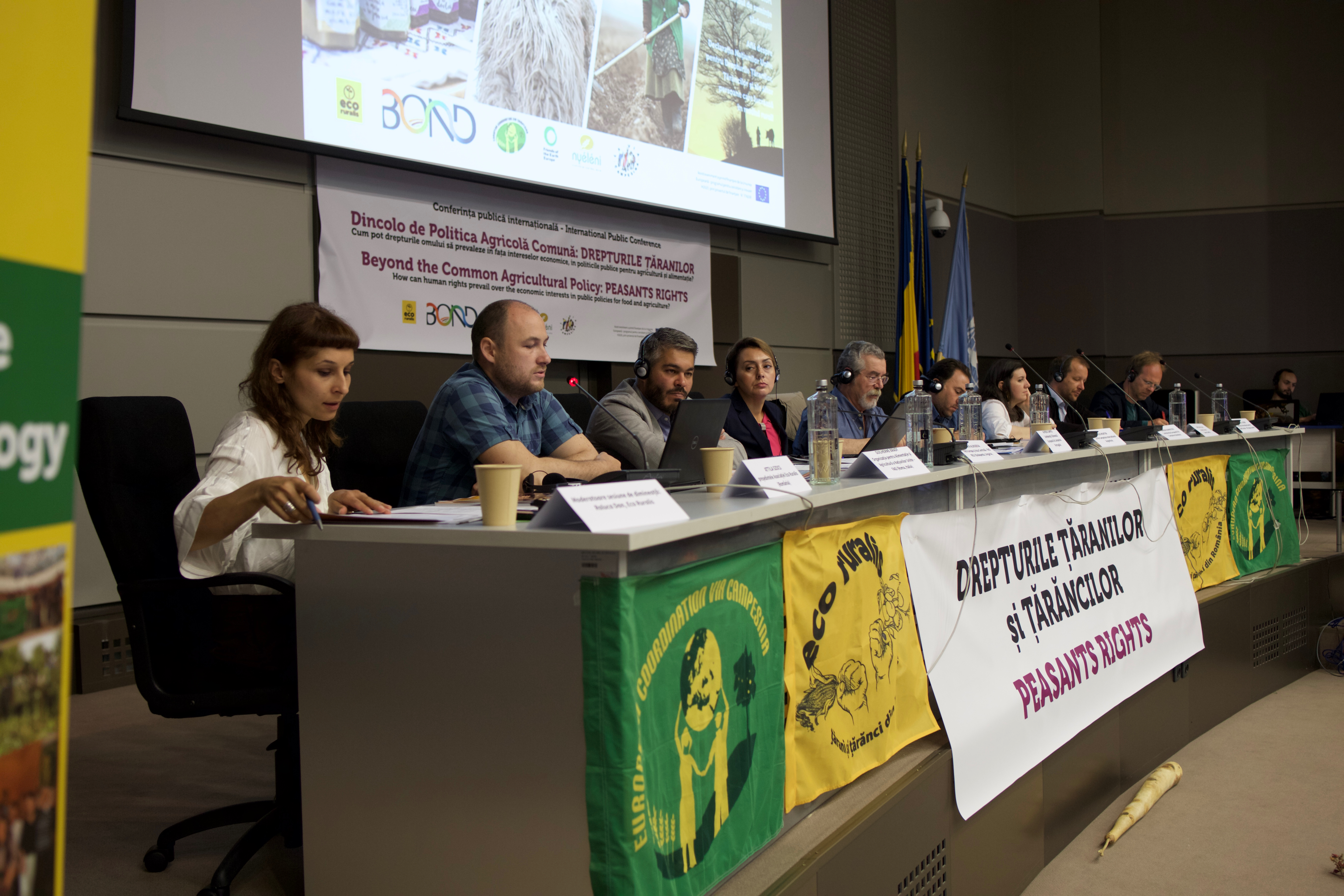 The workshop has been organized at the doorsteps of the Romanian Parliament in Bucharest, where between 3-4 June, 2019, the EU ministers for agriculture have come together in an informal meeting under the EU Presidency of Romania.
The two day event has brought together more than 100 participants from Romania and Eastern Europe, many of them small farmers and agroecological food producers (members of Eco Ruralis and other peasant organizations member of the European Coordination Via Campesina), but also civil society representatives from social and environmental organizations like Friends of the Earth, WWF, Bankwatch and even some international guests from women seed savers organization of Kyrgyzstan (ADI) and the Turkish Peasant Movement (Ciftci Sen).
The first day was dedicated for strengthening the already established Eastern European Food Sovereignty network and debating on how farmers organizations can collaborate and use the UN Declaration on the Rights of Peasants to strenghten their national representation and policy frameworks.
The first day has ended with discussions between participants, where in parallel groups, they identified the main constrains in their regional contexts and identified local solutions. It was a space of exchange and creating synergy for future collaboration. The second day represented the highlight of the Workshop. It was designed as a multi-stakeholder space of debate, using the outcomes of the previous day, but also enriching it through going deeper in creating a common strategy. Thus, the stage has been opened by several high level speakers that introduced and explained the above mentioned international processes and their national and regional relevance.

More details on the Hungarian National workshop, 6th May 2019

National Workshop in Poland, 24-26 June 2019: The Agenda and some pictures of the event