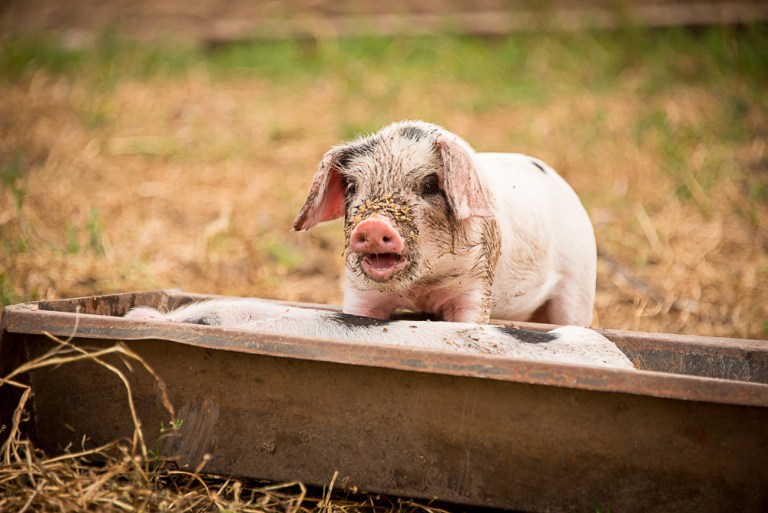 A community coming together to save their local organic family farm.

Name of the initiative? Fordhall Farm

My family has farmed Fordhall for many generations as tenant farmers. Dad took over the farm in 1929 when his dad died. He was only 14 years old. It was a mixed farm, they used fertilisers on the lands – they didn’t know any other way at the time. The soil was very sandy, so each year ploughing caused natural nutrients to be washed out of the soil. They replaced them with chemical fertilisers, but each year, more fertiliser was needed to maintain the yield, and eventually, the crops became weak and the farm began a spiral into debt.

“…each year, more fertiliser was needed to maintain the yield, and eventually, the crops became weak and the farm began a spiral into debt.”

Dad had to find a way out of it. On his side, he was a great observer and lover of the natural world. Every time he walked in the woods, he considered the soil, how it was so full of worms, insects and small animals compared to the land right next door that he was cultivating. This piqued his interest into nutrient cycling – he began researching into the living organisms you can’t see that benefit the soil and discovered they do the job of a fertiliser for free!

So, after the second world war, he began farming organically – devoting years to encouraging the life back into the soil again. He turned the 148 acres over to pastureland and focused on dairy. Dad was one of England’s first commercial yoghurt producers in the 1950s and continued with this right up until the mid-seventies when there was an increase in sugared yoghurts from other producers. The dairy farm then moved over to beef, which it has been ever since, incorporating a restaurant for visitors to sample the organic produce. The restaurant closed in the mid-nineties when the landowners wanted to sell up which meant forcing our family to leave. Dad resisted this, taking money from the farm to pay for legal expenses. Animal numbers declined and the farm deteriorated. By 2003, after the Foot and Mouth crisis, Fordhall was producing very little, and Dad was worn down.

“…the landowners wanted to sell up which meant forcing our family to leave.”

In October of that year, my brother Ben, and I, with the help of two family friends, Mike and Dagmar Kay, used a local public enquiry to fight for the survival of Fordhall. We managed to secure a new 18-month tenancy only 24 hours before the family eviction notice was due to expire. We worked hard repairing the farm, following our Dad’s methods, to make it viable once again. Right from the beginning we had a core group of committed supporters who volunteered their time in practical and professional ways.

“We managed to secure a new 18-month tenancy only 24 hours before the family eviction notice was due to expire.”

The dream was to buy the farm. We held a key community group meeting in February 2005 which was attended by 26 people, wanting to conserve the natural landscape and organic heritage and who could see Fordhall’s educational potential. This inspiring meeting led to months of intense work.

The volunteer group expanded rapidly and we organised regular Working Weekends to bring the farm back into an attractive state. In just ten months our fundraising raised £800 000. Enough to save Fordhall, making it into a community owned farm. Our model is: 1 farmer, 8000 landlords.

We still host Working Weekends every six weeks as the community love the connection to their food. We also offer events throughout the year such as teaching traditional countryside skills, and we are adding a Bunk House and Educational Resource Rooms to allow us to do more.

“…the community love the connection to their food.”

We’ve continued in Dad’s organic ways: our animals graze on 77 different plant species on the farm (not including trees). Dad passed away in January 2005, aged 89, but his legacy lives on, though us, through our community and through Fordhall being restored to the buzzing nature-driven environment it once was.