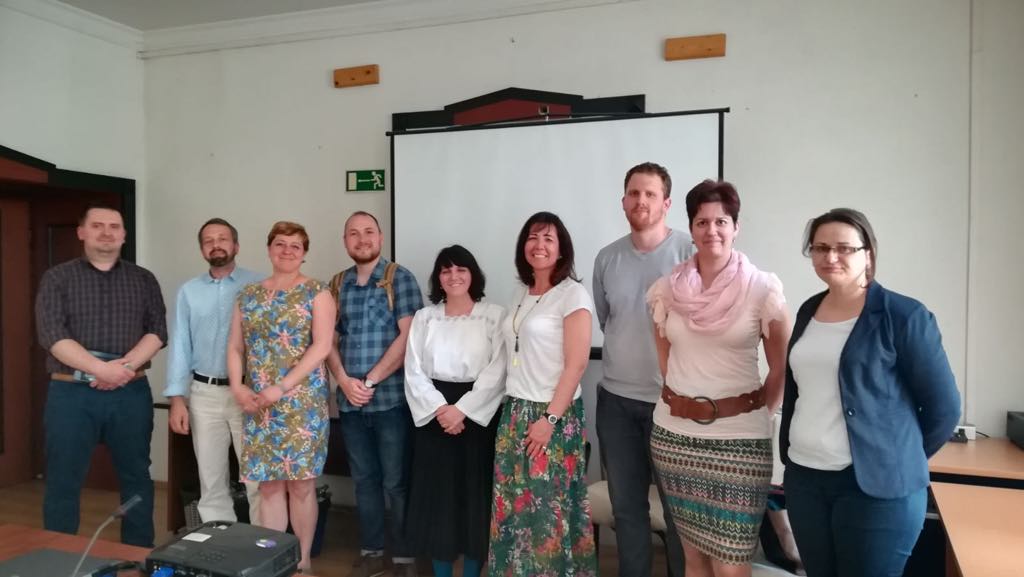 Dr. Tamás Kuntár, head of the Department of International Organisations at the Ministry of Foreign Affairs and Trade, and human rights officer Alida Ferhan received two representatives of BOND partner organisations:  Lili Balogh from Protect the Future Association (Védegylet) and the president of Small-scale Association (Kislépték), Andrea Szabadkai. The aim of the meeting which was held on 1 June in order to discuss about Hungary’s position regarding the United Nations’ Declaration on the rights of peasants and other people working in rural areas.

Some of the rights included in this declaration include (from Via Campesina):

The meeting was initiated by Védegylet Egyesület, as was the one with the Ministry of Agriculture which took place on 25 April 2018, just before the Civil Society Organisations Consultation prior to the 31st FAO Regional Conference for Europe co-organised as well by Védegylet. Ramona Dominiciou and Attila Szőcs-Boruss from Ecoruralis (Romania), Dr. Ágnes Major from Kislépték Egyesület and Lili Balogh from Védegylet (Hungary) were present at the meeting with the representatives of the Ministry of Agriculture.

The public side-event closing the CSO Consultation in Budapest was also on the recognition and the protection of the rights of the small-scale food producers, and explained extensively by different speakers representing various constituencies (indigenous people, peasants, consumers, agriworkers, etc.) why they support the Declaration.

You can read more about the procedure here, and also watch a video about it here.

Both of the meetings were successful and instructive, where all parties explained their standpoint and could debate in a friendly tone.

Dr. Kuntár stated that the Ministry of Foreign Affairs and Trade – in close collaboration with the Ministry of Agriculture – is following attentively the international process of negotiation related to the draft Declaration. In general – according to him – the Hungarian Government promotes initiatives to improve the living conditions of people living in rural areas, and therefore sympathizes with the draft Declaration. However, the head of department shares the same concern as the majority of EU member states; that the document intends to create extra rights for a specific group, thus undermining the universal nature of human rights for all people. He expressed skepticism about the real motivation of the initiating countries (Bolivia, Cuba, Ecuador, South Africa), taking into account their questionable human rights records. Concerning the vote in September, the head of department said, the primary objective at present is to establish a common EU position, however he also added that the Hungarian delegates will bring the positive elements of the initiative into the discussions.

Védegylet emphasized that although it may seem from the title of the Declaration that it is “only” about the rights of people working in the countryside, it goes far beyond this. Among other things, it is about the right to natural resources and nutritious food for everyone – which affects every single individual of the Planet, so we can not think of this Declaration as a privileged tool for a specific group. Especially nowadays, when this same group of people are constantly at risk and are discriminated against in favour of multinationals supported by international globalist policies.