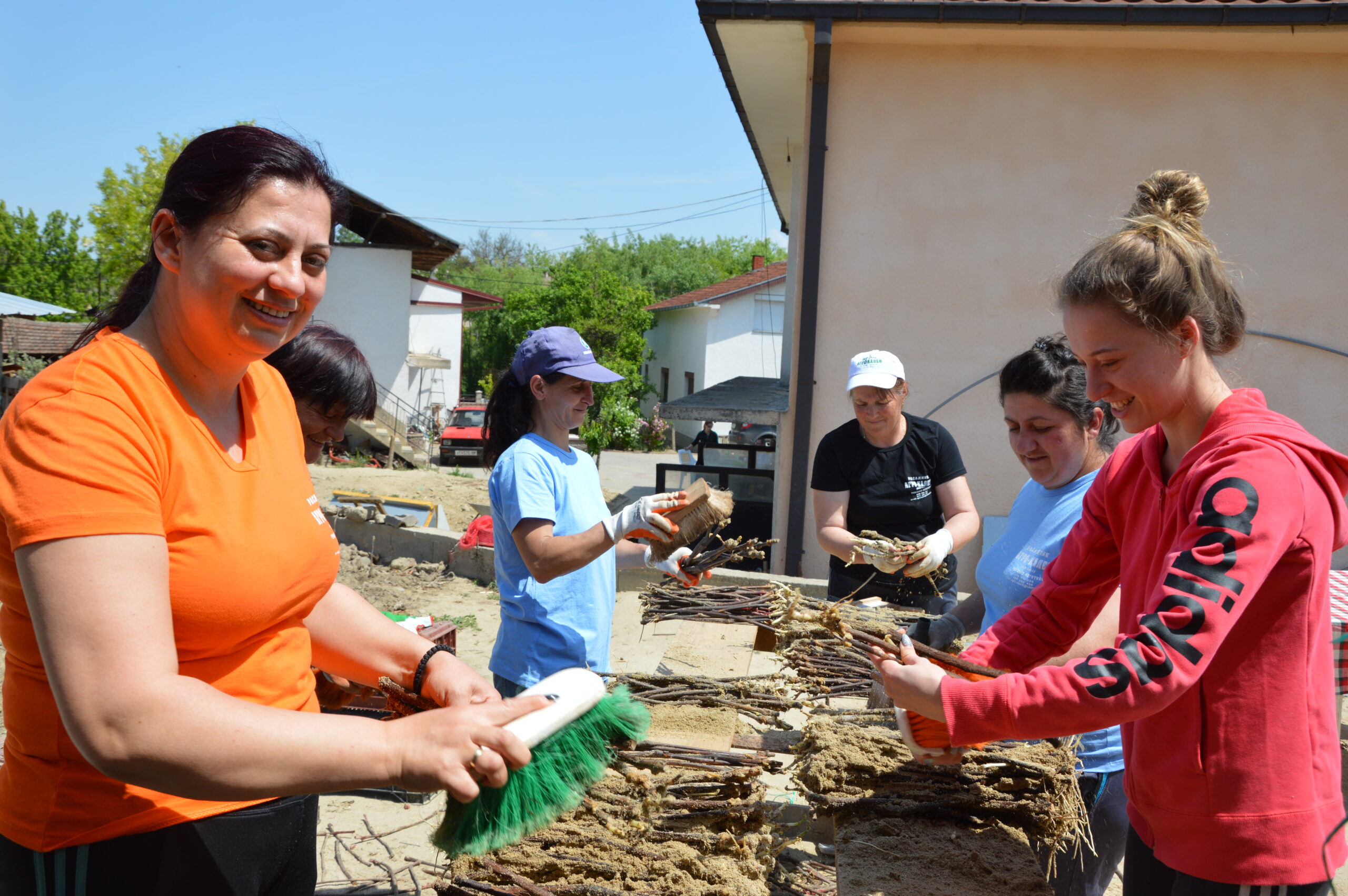 A unit of Macedonian farmers who work to solve the problems in agriculture and raise the voice of small-scale farmers, marginalised groups and the rural population within the society. Although small, the Federation is the biggest group NGO of its kind in Macedonia.

Name of the initiative? National Federation of Farmers

I work as a project manager in the National Federation of Farmers (NFF). This small organisation in the Republic of Macedonia started in 2002. I’m in the department of advocacy and development, working as a lobbyist and project manager of project ‘Institutional support of NFF’, supported by Swedish development organisation ‘We Effect’. I work a lot in the field with farmers. Our mission is ‘Profitable agriculture, stable village,’ we create our attitudes taking the problems from the fields, analyse them, make recommendations, and start the lobbying process in front of the institutions. One of the main problems (which I think is true for many countries, not only Macedonia) is selling the products, especially from the small-scale farmers. They often don’t have a standard product and they want to sell individually. They give a lot of space to the buyers, so there is a lot of manipulation on price. The buyers get the products very cheaply and sell them for a much bigger price, but the farmer doesn’t get this profit.

“Our mission is ‘Profitable agriculture, stable village,’ we create our attitudes taking the problems from the fields, analyse them, make recommendations, and start the lobbying process in front of the institutions.”

The present state of the corona crisis implications to agriculture approves this situation. Projections of NFF in May 2020 in the Analysis ‘Agriculture and the Corona crisis,’ supported by ‘We Effect’, anticipate increased uncertainty, increased unemployment, limited availability of seasonal workforce and absence of direct measures to support the small-scale farmers from the path of poverty and devastation of agriculture households.

The farmers stressed the neglecting and the inappropriate government COVID measures for support of agriculture. The concerns for the old and poorly maintained agriculture infrastructure, especially the irrigation systems, the potential for increasing the prices of agriculture inputs had been reported as ‘critical’ for the production season. Besides, the lack of organisation of the buy-out, unfair distribution of profit in the value chain, low-buyout prices, and fear of surpluses potentially cause a lot of problems in this sector.

In Macedonia, rural women are discriminated against. They don’t have access to land and have a very small voice in the field of agriculture. They don’t control the function of the agriculture holders and they don’t control the money in their family. They work on the field. They work at home. They take care of the older people and the children. Recently the government a Programme of financial support of rural development and there was a measure for rural women, but the criteria were discriminatory. The woman could only take the support if she was married, if she had one child and if she lived in a specific mountainous area. We made a lot of lobbying activities around that that were picked up by the media and institutions and now the discriminatory criteria have been eliminated from the measure. The new criteria were made in coordinative group in Ministry of agriculture and now all women can apply for it. The NFF advocacy activities and demand of accountability from policy makers has united women in rural areas in the fight against discriminatory policy measures and full realisation of their rights.

“The NFF advocacy activities and demand of accountability from policy makers has united women in rural areas in the fight against discriminatory policy measures and full realisation of their rights.”

We are making a focus group in the rural areas with the farmers attracting women and young farmers, in order to produce things together, and then sell together to the local markets. We have a group that sells vegetables. The other group sells ‘madzun’ (sweet from grape), the third group sells traditional Macedonia pasta, and the fourth group prepared conventional Macedonian food and sold mountain tea.

It is my vision and mission to support the small-scale farmers and the marginalised groups, to encourage them to raise their voice and to be with them when we are working together.

“One of the biggest challenges we’ve faced was with women farmers.”

One of the biggest challenges we’ve faced was with women farmers. We have had to convince the men that women should be a part of the organisation, part of the management boards and operating at the highest levels of our Federation.

We had to convince the men that women should be a part of the subgroup that makes proposals and negotiates with institutions. It wasn’t easy to convince the men that women also are very strong, clever and they can work together. They didn’t think that women from the rural areas could work effectively at lobbying and advocacy. We have worked on this for five or six years. We put on workshops and forums and we celebrated The International Day of Rural Women – we invited men to participate, to hear their opinion and talk to each other. We started off with one woman on the management board, then two women, then three. Now, for the first time we have a female president!

“It is hard to change someone’s opinion, but now our Federation has become a very good example of an organisation that is gender-representative within Macedonia.”

It is hard to change someone’s opinion, but now our Federation has become a very good example of an organisation that is gender-representative within Macedonia. Supported by ‘We Effect’, the National Federation of Farmers of North Macedonia has significantly grown as an organisation and the best proof of this is the received recognition as a model example of a CSO in the country in terms of gender representation and internal democracy in the organisation.

In the Report on Management Practices, Transparency and Accountability of CSOs, prepared every year by the Macedonian Centre for International Cooperation (MCIC), among 2,772 surveyed organisations, NFF was highlighted as one of three CSOs in the country that stood out in terms of transparency, accountability and internal management.

We used Serious Lego play (that I’d learned as part of the BOND Project) to reach out to and engage with rural women farmers. The game showed them how to be open – not to be scared to present their opinions or share about their lives. They can be very closed typically, but the Lego game helped them open their minds and talk more about their challenges and come up with initiatives to work together as a network of rural women farmers. They wanted to organise a market where they could jointly sell their products. COVID-19 has made it difficult to start this, but they have an annual plan now.

In the last twenty years we have passed through many challenges, problems, visions and missions. We feel we are now in a good position to understand the problems facing the farmers and are able to take those problems to the institutions.

“When we work together to find a united opinion and then fight together for this opinion to become reality, it will succeed.”

The key for great achievements through the NGO is united work. When we work together to find a united opinion and then fight together for this opinion to become reality, it will succeed. The process is very hard and very long and will pass through many challenges, but if we have patience, we will see results.

My advice is when you go to lobby or advocate for anything, you should be very wise, and you should be very patient and be much more prepared than the institutions and the politicians expect you to be. This is the key to finding solutions. Work work work, and think think think. (Pulitzer thought)

For all small countries like mine, that are in the process of transition, we should be working more to solve the problems for the ordinary people, the vulnerable groups and the small-scale farmers, because the only way for economic development is through rural and agricultural development. We need the institutions to cooperate more with the NGO sector.