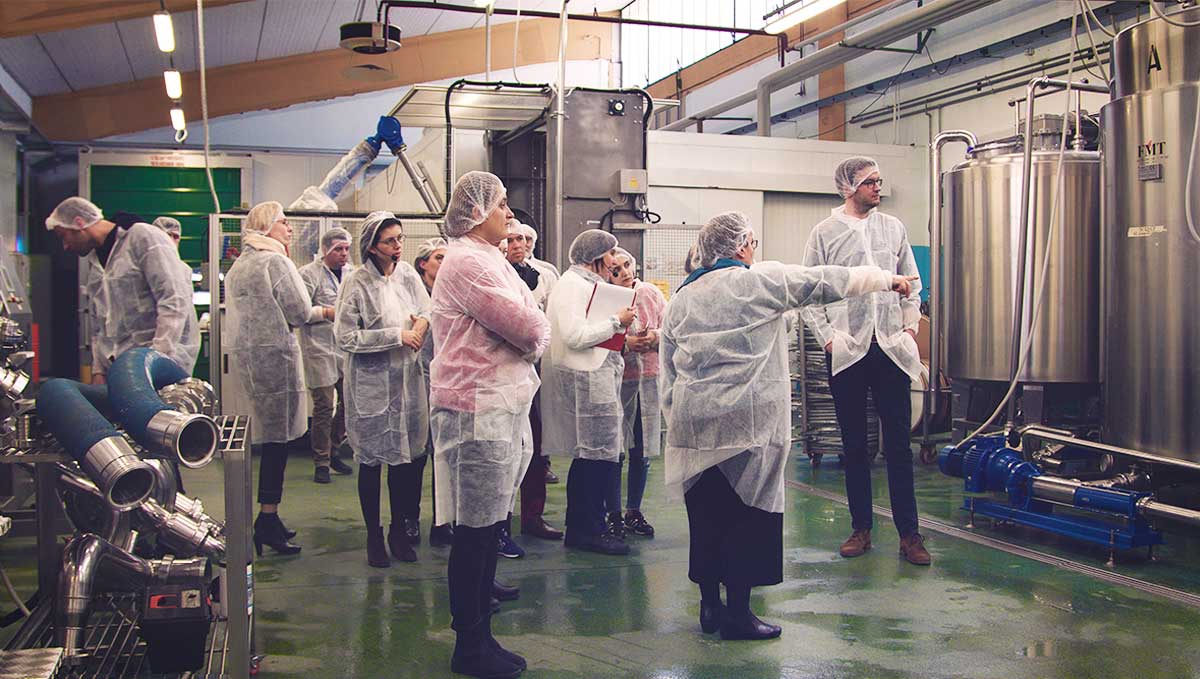 The study tour in Italy has been held from 12th to 16th March 2018.
The tour has been magnificent and perfect.

Flaminia, Enrico and Marco from Legacoop Agroalimentare worked hard to organise a superb tour with extremely interesting visits and excellent logistics. Their kindness and efficiency just made it a very enriching tour for all the representatives who learned a lot and really enjoyed the visits.

The visits ranged across a wide diverse spectrum, as the team considered what other consortium partners had suggested to add. We started the visits in Rome with the Organic shop (Spazio Bio) in the City of the alternative economy (Citta dell’Altra Economia), followed by San Lidano a cooperative on fresh fruit and vegetable for large retail where we visited the whole industrial processing chain, and its shorter chain: Orti Laziali. Then CONAPI, a 35 years old honey, pollen, royal jelly and propolis cooperative, which, despite having become the largest beekeeper cooperative in Italy, has kept intact its values and traditions. The group also listened to Cristian Maretti, the President of Legacoop Agroalimentare North of Italy, presenting one example of recent evolution with an online platform: Local2You, an ethical, social coop for disadvantaged people. Another visit was at Mercatale of Montevarchi, directly selling farmer’s products, with detailed explanations on the synergies with public support and steps of establishment. Finally, Garfagnana coop which revived a traditional wheat variety cultivated since neolithic times, which was going extinct, spelt (Triticum spelt), kept for religious ceremonies;  and a large cooperative of olive oil founded in 1953 by a group of farmers, Cooperativa Montalbano, now merged with a wine cooperative, with 1700 members, leading the market, where we were rejoined by the Legacoop Agroalimentare General Director who provided ample explanations to the many questions.