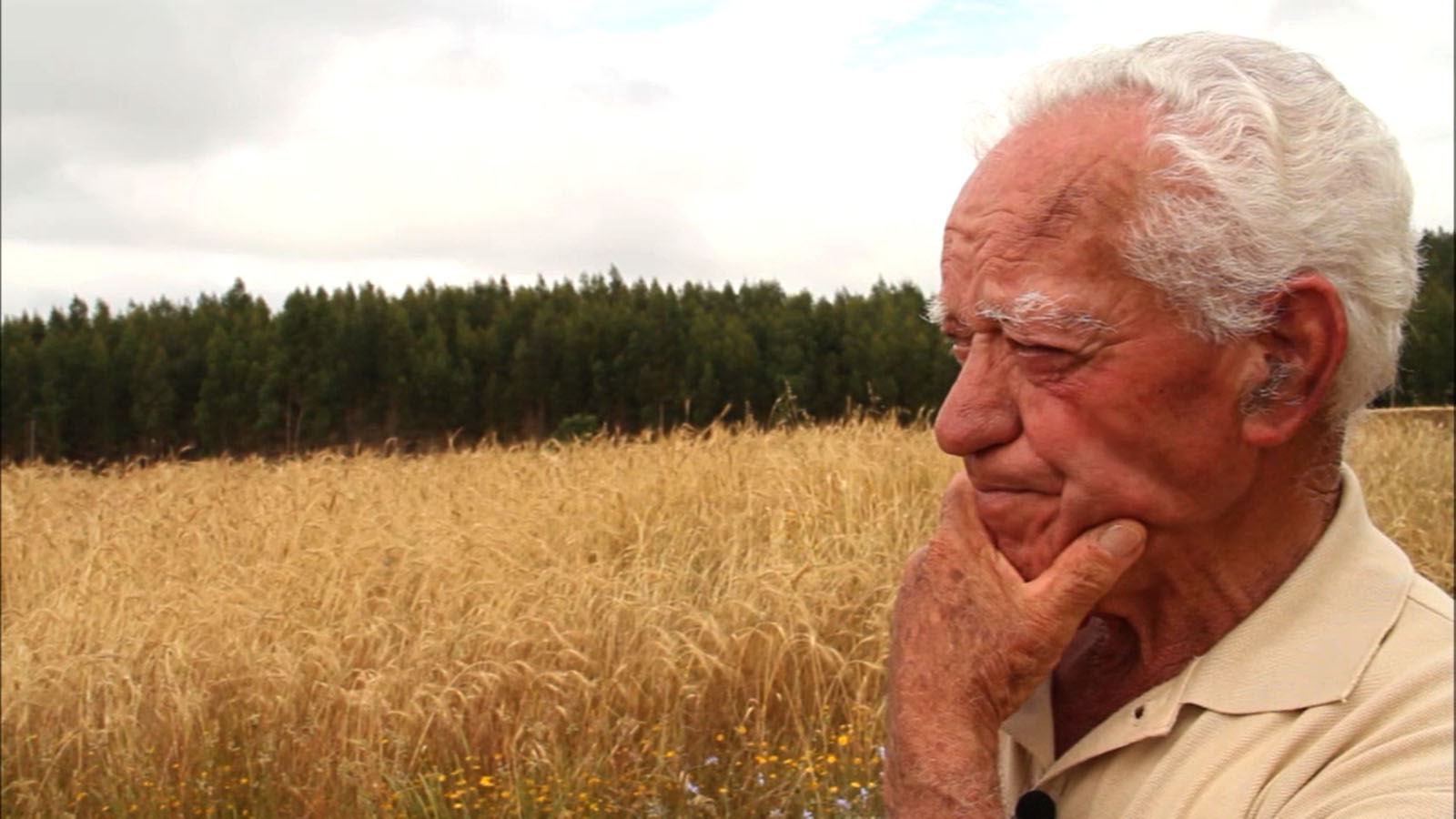 A group of farmers, seed savers, millers and bread makers who preserve, grow and produce the ancient variety of Portuguese wheat: Barbela.

Name of the initiative? The Tribe of Barbela (La Tribu de Barbela)

I never accepted the fact of losing our traditional seeds and in this case, I’m speaking about the ancient Portuguese varieties of wheat, in particular from Extremadura, a region near Lisbon. This area has always been producing a lot of wheat, but due to the appearing of modern dwarf varieties, the ancient wheats (which produce less per hectare) were slowly abandoned.

“I never accepted the fact of losing our traditional seeds… “

I have taken a position of resistance to this situation. I preserved the seeds that were still available and I made some colleagues share my ideas so that they also preserved and multiplied these seeds. We have made an informal group called The Tribe. The Tribe of Barbela.

We started in 2019. The name of the wheat variety is Barbela, its Latin name is Triticum aestivum and it was cultivated in Portugal for centuries. In 1935 this variety covered 90% of the Portuguese land. It had almost gone extinct and this is why I attributed to myself the mission of saving it and letting it be known that it is good on the agroeconomic level, the nutritional level, the ecological level.

Why? It is a very rich wheat with natural oil; vitamin D and vitamin E and resists particularly well in poor soils and difficult conditions. It is particularly well adapted to Portugal because our country has poor soils. In contrast modern wheats don’t adjust and I attribute this to Barbela wheat having a long stalk that stops the sun reaching the ground which stops weeds developing.

In The Tribe, we show the consumer we make the flour, we make the bread, then they can see the quality of the bread. It has special characteristics that are good for those who are celiac or diabetic, this wheat has nothing against it for the health. This is why there is such advantages to consume it – ecological, nutritional and agrological advantages.

We’ve been going for one year: The Tribe was built in an informal way because this is a group of farmers and friends who share the same objective: to preserve, to multiply and to make Barbela wheat be known for its nutritional advantages.

There are already many consumers who are looking for it and who come to meet us to explain to them the advantages. It is of high demand in this moment. And there are some bakers who are currently specialising in the production of breads with ancient wheats, so it is now starting to work in many places in Portugal – in Porto and Lisbon.

The planting area is approximately 50 hectares, but you have to consider that 50 hectares in Portugal is not the same as in Spain or France, because these are very small plots and it is 50 hectares shared between various producers who are at the same time learning how to grind so we are producers and millers. We do this to escape industry otherwise we wouldn’t be able to sell our wheat.

“Making bread works at the local scale because, by definition, bread is locally produced. We eat bread everywhere.”

Making bread works at the local scale because, by definition, bread is locally produced. We eat bread everywhere.

” I can say we have a lot of success because the consumers are interested, and it is the consumers who determine the future of the produce. If they ask for it, production will follow.”

You have to mill with a stone mill. You must! Simply, not to heat the flour because when the flour heats it loses its quality and this is what happens in the industrial mills and this is another reason why you must stay in the short production chains. We are currently going through the experience of production, transformation and marketing from plant to flour. I can say we have a lot of success because the consumers are interested, and it is the consumers who determine the future of the produce. If they ask for it, production will follow.

Family Farming and the impacts of Covid-19: overcoming crisis through strong collective action