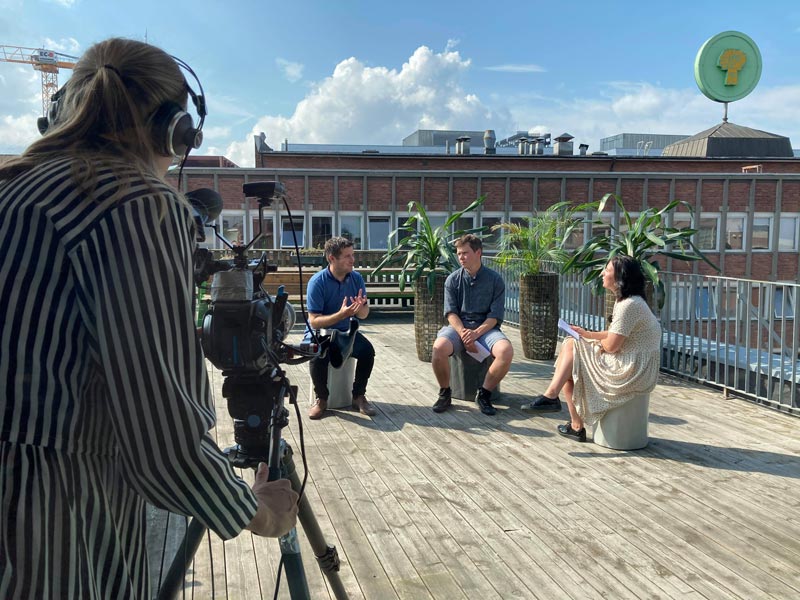 BOND partner Norwegian Agricultural Cooperatives (NAC) held an online event on the 19th of August 2020 to discuss the future of cooperatives in the agricultural sector and disseminate the policy recommendations that were designed in March during the young farmers’ workshop. The event was centered on the future of agricultural cooperatives in times of climate and environmental challenges, technological development and fierce competition between farmers in the market. It was attended by 500 viewers and reached a total of 32 000 people through Facebook.

The cooperative business model was introduced by the CEO of NAC Ola Hedstein. He explained that it is particularly suitable for farmers since it is based on long term benefits and agriculture is a long-term production.

The policy recommendations were presented by Øystein Aasen, Young Farmer of the Year 2019, to Geir Pollestad, Parliamentary member and Chair of the standing Committee on Business and Industry who emphasised the importance of the cooperative model in agriculture.

The five policy recommendations that were presented are as follows:

Though the Norwegian Minister of Food and Agriculture was not able to attend the live event, she invited NAC to come to her office to record a video of the handing over of the policy recommendations. The video was broadcasted during the live event. Among the comments she made on the recommendations, Olaug Bollestad underlined that in Norway the cooperative model is important to secure agriculture in rural areas and that dialogue with young farmers is of the utmost importance since they represent the future of agriculture.

The Chairman of the Board of NAC discussed the importance of farmer ownership in the food value chain.

Julie Nåvik Hval from NAC presented the BOND project and how it focuses on strengthening farmers’ organisations in Europe. She argued that the cooperative model still needs to be promoted in Norway so as to enable farmers to collaborate rather than compete against each other in the market.

Finally, a young entrepreneur pointed out the fact that though the cooperative business model is both competitive and sustainable there is a lack of knowledge surrounding it that impedes people from considering it a possible and modern way of running a business.

The initiative took place within the scope of the BOND Project, a Horizon 2020 project financed by the European Union and led by the University of Coventry, from the United Kingdom, which the NAC integrates together with 16 partners from 12 European countries.